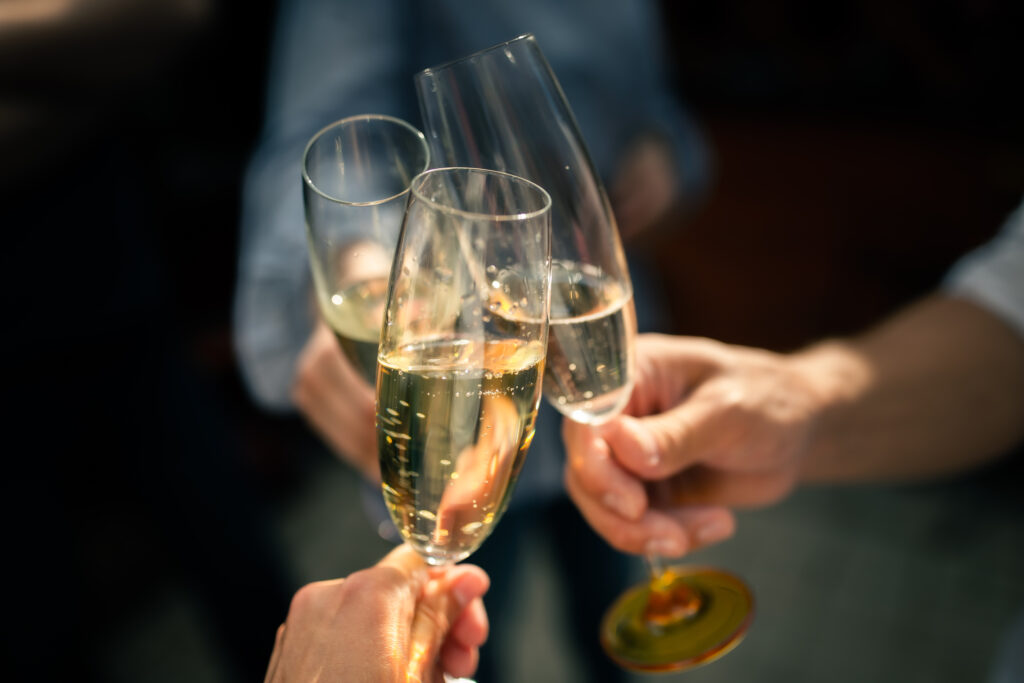 The protection of geographical indications is of great relevance in Europe, especially in France. In the past few decades, the internationalisation of the agrifood and wine markets has increased the importance of IP rights and the preservation of traditional knowledge. In France, the National Institute of Origin and Quality (INAO) is the public administrative institution responsible for the implementation of French policy regarding official signs of identification of the origin and quality of agricultural and food products. Nearly half of the 1,100 products protected by an official sign in France are wines.

History of protection for Champagne

Champagne was one of the first wine-growing areas to seek a protected geographical status. On 29 June 1936 it was recognised as a controlled designation of origin (the French equivalent of a protected designation of origin (PDO)). From this date, Champagne houses have been fighting to protect their name and reputation. The Champagne Committee is the trade association that represents the interests of independent Champagne producers and houses. One of its duties is to protect consumers against misleading claims regarding any wines, beverages or products that trade off Champagne’s reputation as an appellation of guaranteed origin and quality. As legal entities, the INAO and the Champagne Committee may bring actions before the courts and prosecute any party which misappropriates the reputation or identity of the Champagne appellation.
Due to Champagne’s fame, its unfair use is not confined to the trade of wines and alcoholic beverages, as evidenced by the large number of cases that the Champagne Committee has brought and won, including the following:
– 1984 – against ‘Champagne’ cigarettes in France;
– 1987 – against Perrier mineral water in Germany;
– 1990 – against ‘Schaumpagner’ Paris-Night bubble bath in Switzerland;
– 1993 – against ‘Champagne’ Yves Saint Laurent perfume in France;
– 1994 – against elderflower ‘Champagne’ in Great Britain; and
– 2002 – against the use of the phrase “Arla: the yoghurt with the taste of Champagne” in Sweden.

A recent case exemplifies the hard work of the INAO and the Champagne Committee to protect the reputation of the Champagne appellation. On 21 December 2020 the Opposition Division of the EU Intellectual Property Office (EUIPO) rejected the registration of the trademark CHAMPAWS on the grounds that it evoked the PDO Champagne.

On 4 July 2019 the British company Wood and Brew Ltd, which specialised in the commercialisation of pet beverages, filed the international trademark CHAMPAWS, designating the European Union. The Champagne Committee and the INAO filed an opposition against the trademark application before the EUIPO, based on the prior PDO Champagne – specifically, on Article 103(2)(b) of EU Regulation 1308/2013/EU, according to which PDOs are protected against misuse, imitation or evocation – and its outstanding reputation and prestige.

In its decision, the EUIPO pointed out that the concept of ‘evocation’ covers, among other things, a situation in which the term used to designate a product incorporates part of a protected designation so that when the consumer is confronted with the name of the product, the image triggered in their mind is one of the product whose designation is protected.

To characterise the evocation of a registered PDO, it is irrelevant whether the goods are similar or whether a likelihood of confusion may arise. Instead, it is necessary to establish a “sufficiently clear and direct” link between the term used to designate the product and the product whose name is protected.
To evaluate such link, all relevant factors of the case should be considered, including a comparison of the goods and the signs. The EUIPO found that “a certain proximity [could not] be denied” between the wines and the contested goods (ie, beverages for pets and goods under the broader category of foodstuffs for pets, including beverages). The EUIPO found that this link was reinforced by:
– the message which accompanied the marketing of the contested goods, which referred to intrinsic
characteristics of Champagne wines (eg, bubbles); and
– the outstanding reputation and prestige of the PDO Champagne.

Further, the signs had the same first six letters, ‘champa’, which resulted in an overall similarity between them.
The EUIPO also considered the applicant’s intention. The EUIPO recognised that the applicant’s marketing strategy was built on an evocation between the contested goods and Champagne wines. To promote its goods, the applicant clearly used the images of prestige, luxury, festivities and glamour of Champagne wines, which result not only from the intrinsic reputation of their quality but also from the efforts invested to create them.

Therefore, the EUIPO held that the sign CHAMPAWS was a clear and direct evocation of the PDO Champagne and should be denied protection.

This decision follows an EUIPO Board of Appeal decision which cancelled an EUIPO Opposition Division decision and allowed an opposition filed against an application for the trademark CHAMPAGNOLA, which was also based on the evocation of the PDO Champagne. The EUIPO Opposition Division had rejected the opposition on the grounds that the goods designated by the contested trademark (ie, breads and pastry in Class 30 and bakery services and services related thereto in Class 40) were dissimilar to Champagne (Champagnola/Champagne, 17 April 2020, R 1132/2019-4). In another current case, the European Court of Justice is expected to issue a ruling concerning the use of Champanillo as a business name for restaurants. Such ruling may consolidate the concept of evocation.

This case reflects the quasi-absolute protection granted to PDOs by the EUIPO and the offices of member states, particularly where such PDOs enjoy an intrinsic reputation, as is the case with the PDO Champagne.

For further information on this topic please contact Anne-Laure Bedaux at GEVERS & ORES by telephone (+33 01 45 00 48 48) or email (anne-laure.bedaux@gevers.eu).