Why patent attorneys should care about competition (case)law

Patents are, by their very nature, anti-competitive. More specifically, a patent owner has the right to stop others from commercializing his invention and thus has the right, albeit temporarily, to prevent competition. However, while the legislator has accepted the anti-competitive nature of patents as a means to promote innovation, this should not be taken to mean that all patent matters are immediately outside the scope of competition law. In the following, we review the judgement of January 30th, 2020 in case C-307/18 which deals with patent settlements and why these may infringe Article 101 TFEU.

Patent settlements are commercial agreements between two parties to settle actual or potential patent-related disputes. Such agreements have attracted the attention of the European Commission which launched an inquiry in the pharmaceutical sector in 2008 with a first report being published on November 28, 2008 and with a latest update having been published on March 9, 2018.

Case C-307/18 concerns a number of agreements between GlaxoSmithKline plc (originator company) and several generic companies (Generics (UK) Ltd and Alpharma LLC) in relation to the antidepressant paroxetine. At the time of signing the agreements, the product patent covering the active ingredient in paroxetine had expired, but GSK was in possession of several process patents (such as GB 2 297 550) for the production of the active ingredient. The agreements were made against the background of ongoing litigation between GSK and the generic companies where the validity of the process patents was questioned. The agreements were threefold: (i) they settled the ongoing litigations; (ii) the generic companies agreed to not enter the UK market directly but to use GSK’s exclusive distributor; and (iii) there was a value transfer from GSK to the generic companies under various forms, such as stock purchases, payment for legal costs incurred, monthly allowances, etc.

The Competition and Markets Authority of the UK found that GSK and the generic companies had infringed the prohibition in Article 101 TFEU with these agreements and imposed financial penalties of about GBP 45 million. The companies appealed the decision before the Competition Appeal Tribunal which decided to ask ten questions to the CJEU, only the first of which is discussed in this article:

For the purpose of Article 101(1) TFEU, are the holder of a patent for a pharmaceutical drug and a generic company seeking to enter the market with a generic version of the drug to be regarded as potential competitors when the parties are in bona fide dispute as to whether the patent is valid and/or the generic product infringes the patent?

This question is of particular relevance since, if the originator company and the generic company are not actual or potential competitors, then no agreement between them can infringe Article 101(1) TFEU.

The CJEU answered this question in the following:

Article 101(1) TFEU must be interpreted as meaning that a manufacturer of originator medicines who is the holder of a manufacturing process patent for an active ingredient that is in the public domain, on the one hand, and the manufacturers of generic medicines who are preparing to enter the market of the medicine containing that active ingredient, on the other, who are in dispute as to whether that patent is valid or whether the generic medicines concerned infringe that patent, are potential competitors, where it is established that the manufacturer of generic medicines has in fact a firm intention and an inherent ability to enter the market, and that market entry does not meet barriers to entry that are insurmountable, which it is for the referring court to assess.

In other words, according to the CJEU, whether the originator company and the generic company are potential competitors may be decided by the following two conditions: (i) the generic company has a firm intention and an inherent ability to enter the market and (ii) there are no insurmountable barriers for that market entry.

The CJEU has provided guidelines in order to decide whether, in a specific case, these conditions are (not) met, on which we comment in the following.

1)      The firm intention and an inherent ability to enter the market may be shown by the preparatory steps taken by the generic company to enable it to enter the market. These preparatory steps include requesting the required administrative authorizations, having a stock of the active ingredient, legal steps taken to challenge the process patents, marketing initiatives, etc.

2)      The following are not considered insurmountable barriers: the existence of a patent which protects the manufacturing process of an active ingredient that is in the public domain; and the existence of injunctions granted by a national court whereby the generic company is prohibited on an interim basis from selling the generic.

The CJEU has recently confirmed the above-mentioned criteria for assessing whether or not originators and generics are potential competitors in case C-591/16 on March 25, 2021.

Naturally, other questions still remain. For example, would a product patent that covers the active ingredient be considered an insurmountable barrier? Would the situation be different if the value transfer is done for other reasons, i.e. not (only) to delay the generic company’s market entry? What if the nationally granted injunction is not provisional in nature? Maybe some or all of these questions will be answered by other cases pending with the CJEU, namely C-176/19, and C-201/19. 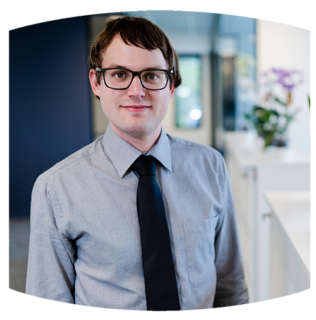