When can it be useful to keep my invention secret?

Filing Patents is often an important aspect for implementing an intellectual property strategy for innovative companies. Patents are however not the only way to protect an invention. In fact, in some cases, filing a patent application is not recommended.

Indeed, a patent application is usually published 18 months after filing (or the priority date), which means that all the technical details and know-how described in it will become publicly available. This simple fact may have important ramifications for your business and will influence the way you protect your innovation.

It also raises important questions, like: Do you really want to give access to your competitors to the technical data and know-how of your inventions or do you want to keep all this information secret? Does it make sense to systematically file a patent for every invention?

What are trade secrets and patents and what do they protect?

According to the EU directive 2016/943 of 08/06/2016, a “trade secret” means information which meets all the following requirements: (a) it is secret; (b) it has commercial value because it is secret; (c) it has been subject to reasonable steps, to keep it secret [1].

A patent is a registered intellectual property right. According to the European Patent Convention (EPC), an invention is patentable if it is novel, inventive and susceptible of industrial application [2].

Not everything may be patented though. Discoveries, scientific theories and mathematical methods, aesthetic creations, schemes, rules and methods for performing mental acts, playing games or doing business, and programs for computers, presentations of information are (as such) not considered as invention by the EPC and thus may not be patented as such [2]. Some workarounds exist regarding programs for computers, as explained here [3].

Advantages of Patents over Trade secrets

Based on the above, some may be tempted to think that the best strategy is to keep everything secret and never file any patent applications. However, this is not the adequate strategy in most cases.

As explained, information may be considered as a trade secret if among other things, reasonable steps were taken to keep them secret. These steps may include for example: setting up non-disclosure agreements, controlling and restricting the internal access to the trade secrets, notifying the employees of the trade secret nature of the information they are accessing [5] [6]. It is thus clear that an effective trade secret strategy requires more than simply declaring that a given piece of information is secret.

Furthermore, there is no trade secret infringement if a competitor commercializes a product which he or she has independently developed (without the knowledge of another company’s trade secrets) [6]. However, that same competitor may still infringe a patent. It is an advantage that patents have over trade secrets.

A further advantage of patents is that they can be used as tools in negotiations. Let us take a situation wherein you contemplate whether to put a product on the market which appears to be infringing a patent of your main competitor. Incidentally, you also possess a patent of narrower scope which protects said product. In that particular case, you and your competitor could potentially prevent each other from exploiting the product. A likely solution to this situation would be to offer a license to your competitor in exchange for a license on the patent of your competitor. It is evident that the outcome of this particular situation would be very different if you had chosen to keep your invention secret.

Both patents and trade secrets can be sold or licensed which in some cases can generate a significant amount of revenues [6].

Advantages of trade secrets over patents

Patents are registered rights which are valid for twenty years (from the filing date) and are obtained after an examination procedure. Moreover, they require the payment of renewal fees to be kept alive. On the other hand, trade secrets do not necessitate a registration, and they can in theory exist for more than twenty years.

As seen above, financial information, marketing studies, pure data (such as R&D data) may not be patentable. Therefore, it is clear that one of the advantages of trade secrets over patents is that their potential scope of protection is a lot broader.

Should I keep my invention secret?

Some companies chose to protect at least part of their inventions as trade secrets. Prior use rights may be invoked by a company in order to keep exploiting a given invention protected by a patent owned by a competitor.  However in order to prove prior use, one has to prove that it already used the patented invention before the filing date (or the priority date) of the patent. In practice, prior use is not always easy to establish and it is limited to a given territory.

If the details of the invention will be made public anyway, it is obvious that filing a patent application is the most appropriate form of protection. The same applies if your invention concerns a product which can easily be retro-engineered by a competitor.

Another important point to consider is whether a potential infringement is easily detectable. For example, a patent covering a manufacturing process would be of little use in terms of conferred protection if it was literally impossible to figure out if competitors are using said manufacturing process. However, that does not mean that filing a patent application in those cases is not necessary. It might be difficult to detect the infringement now, but will it be in the future?

In conclusion, the decision to file a patent application or to keep an invention secret depends on the type of technology, on the context and on the risk a company is willing to take. The decision must be made on a case by case basis. In many cases, a blended approach – patenting some aspects of the invention (e.g. characteristics of the product and part of the (production) process), while keeping other aspects of the invention as trade secrets (e.g. some parameters of the production process) – is the most appropriate one. Also note that after filing a patent application, the applicant retains the possibility of withdrawing it before publication, thereby keeping it secret. The withdrawn patent application can be used as an evidence to show that at the filing date, the (ex-) applicant developed a given invention. This could potentially be useful in case of trade secret dispute or patent entitlement dispute.

Do not hesitate to contact us to discuss which strategy (trade secrets vs patents vs both) is most appropriate for your invention.

[1] DIRECTIVE (EU) 2016/943 OF THE EUROPEAN PARLIAMENT AND OF THE COUNCIL of the 8 June 2016 on the protection of undisclosed know-how and business information (trade secrets) against their unlawful acquisition, use and disclosure, Official Journal of the European Union, 15.6.2016, L 157/ 1-18.

[2] European patent convention – Convention on the Grant of European Patents as in force since 13 December 2007, Part II, Chapter I, Article 52 – Patentable inventions.

[3] Samuel Denis, IP protection for software in Europe, 8.11.2021, Lexology.com, accessed on 29.03.2022 at https://www.lexology.com/commentary/intellectual-property/european-union/gevers/ip-protection-for-software-in-europe.

[4] European patent convention – Convention on the Grant of European Patents as in force since 13 December 2007, Part II, Chapter I, Article 53 – Exceptions to patentability. 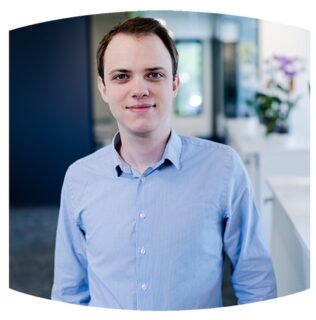 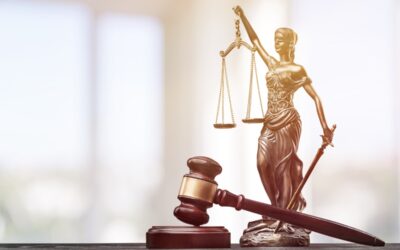 How to avoid the language barrier when filing a patent application in Belgium?