IP protection for software in Europe

It is possible to obtain patent protection for a software in Europe, provided it solves a technical problem in a novel and non-obvious manner?

Under the European Patent Convention (EPC), a computer program ‘as such’ is not considered as a patentable invention. Program listings as such are rather protected by copyright.

However, in many cases, a computer program can be considered as a technical solution to a technical problem, and thus patentable. For a European patent to be granted, the applicant then has to show that this solution is novel and that it involves an inventive step with respect to prior art.

The Enlarged Board of Appeal of the European Patent Office (EPO) has confirmed in a well-known opinion, G3/08, that it is possible to avoid any objection of the type program ‘as such’ by adding one or more technical features in the claims, for instance by introducing some programmable apparatus. In particular, claiming a ‘computer-implemented method’ with different steps is considered as a technical solution to a technical problem because of the presence of a computer. This criteria is assessed without regard to prior art. The Guidelines that the Examiners of the EPO have to follow are in line with that approach.

Provided that the claimed subject-matter is novel, major hurdle is then to show that it involves an inventive step. In that respect, mere automation of known processes is typically not enough to show inventive step, as it is considered as routine work for one skilled in the art. Using generic technical terms is not advised, as the Examiner oftentimes considers it insufficient to show inventive step. It is indeed very important for such inventions to clearly explain how the claimed invention solves a technical problem. So, for such inventions, special consideration and care of the exact wording of the text that is going to be filed at the patent office is more important than ever.

No less than fifteen patent engineers within the GEVERS group are trained to deal with inventions involving a computer program, a computer or other programmable apparatus. They form the GEVERS CIIs working group. This working group was created to adapt to the growing demand from our Clients asking us to patent inventions in this particular field. Moreover, this increasing demand is in line with figures regularly published by the major patent offices worldwide. As an example, the 2nd and 3rd top technical fields for patent applications filed in 2018 at the EPO are ‘Digital communication’ and ‘Computer technology’.

The GEVERS CIIs working group has regular meetings enabling the team members to share their knowledge and experience on the European practice and even beyond. As an example, only recently the working group discussed an interesting EPO report comparing European and Chinese practice for software related inventions.

This report revealed that the Chinese approach slightly differs from European approach for determining if the claimed object is a patentable invention. In China, computer programs per se are considered as mental activities and cannot be patented. The applicant has to show that the claimed invention adopts technical means to solve a technical problem and thereby achieves a technical effect. In other words, this first hurdle presents some similarities with the examination of inventiveness step in Europe, rather than the criterion of determining if it is a patentable invention or not.

During the last meeting, the working group also shared experience about protecting inventions in Europe and China for our Clients. It was concluded that oftentimes, we obtain a rather similar scope of protection in Europe and China for a same invention. Even if the approaches differ, the major challenge in both legal systems is showing that the claimed subject-matter involves an inventive step. Moreover, acceptable wording in both territories is quite similar. In conclusion, there was the consensus that the gap between US and European practices is much larger. But this is a different story. 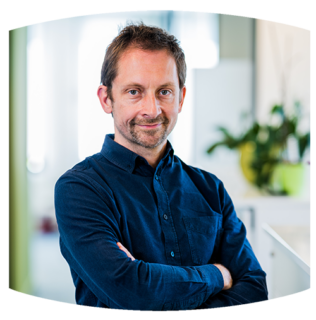