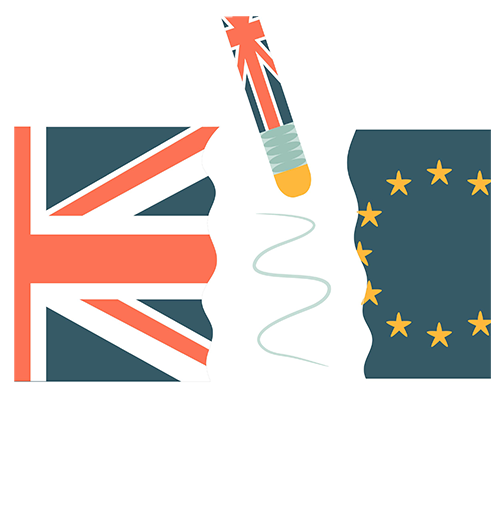 The syllogism of Brexit:

Major premise: my agreement is valid in the EU

Minor premise: the UK is not part of the EU

Conclusion: my agreement is valid in the UK

The main takeaway of this article: check your EU license agreements and update them if their territorial scope is not fully clear.

1. What is a trademark license agreement?

2. Territorial scope of the EU

Until Brexit, a trademark license for the EU included the UK unless the UK was somehow excluded.

However, after Brexit, the UK will no longer be part of the EU territory. Consequently, a trademark license for the EU will no longer include the UK.

3. Impact of Brexit on the territorial scope

With respect to existing license agreements, we advise you to follow this checklist:

·        Step 3: Check the intentions of the parties in the contract (e.g. the recitals often provide some background) and other circumstantial elements that may clarify these intentions (e.g. the licensee has already used the mark in the UK).

·        Step 4: Discuss the status of the UK with the other party, taking into account the outcome of Step 3, and sign an appendix to the agreement confirming the decision of the parties.

For any new license agreement, we advise you to provide clear language as to which countries you want to include in the licensed territory, such as “the EU as constituted at the date of signing of the agreement”.

Licensors should be aware of this: if the UK is included in the licensed territory, the licensor will probably be obliged to maintain trademark rights in the UK. In addition to the EU mark, the licensor will thus have to separately renew the UK clone, incurring additional costs.

We have extensive experience in reviewing, drafting and negotiating all kinds of IP contracts and are at your disposal for a Brexit review and/or any other questions you may have in relation to your IP contracts. In addition to this, we have also created EU + UK trademark renewal packages to mitigate the additional costs for a UK renewal.