If you are currently developing or planning to develop innovations based on blockchain technologies but still wonder whether you should file a patent application in Europe or more specifically in France to protect and valorize your research efforts, here are some important facts and issues that our experts would like to share with you.

Blockchain technology is being used mainly to perform online transactions in banking or logistics applications but is rapidly spreading to various fields of applications. For an overview of blockchain patents in Europe, please read GEVERS’s previous article and find out why it is important to seek protection.

A quick search on Questel® ORBIT database reveals that the number of French patent applications related to blockchain filed at the French Patent Office (INPI) drastically increased over the last 8 years, i.e. starting from 5 in 2013 and culminating to 94 in 2019, as shown in Figure 1 below.

Figure 1. Number of patent families filed in France over time (by first year of priority)

In France, the top five applicants in blockchain related inventions are MICHELIN, L’OREAL, THALES, ARKEMA and ORANGE in cumulative number of filing since 2011 as presented in Figure 2 below. These applicants are large companies operating in rather distinct fields of activities including transport, cosmetics, defense, banking and insurance, telecommunications.
Amidst the major economic players can also be found medium or small-sized companies, such as TRACELINK, a US-based company specializing in the use of blockchains, whose case will be presented below.

Figure 2. Most active applicants in France since 2011: number of patent families by first year of priority

For innovations involving the implementation of blockchain algorithms on computer devices, the technicality or technical character may be tricky to assess. In France and Europe, this technical character is essentially addressed by two criteria: eligibility and inventive step.

The first step is to assess whether your innovation is eligible for a patent, or in other words, if it is considered as an invention.

Even though the French Intellectual Property Code (CPI) does not positively define what an invention is, it provides a list of ineligible patent material (art. L.611-10 CPI), amongst which can be found discoveries, scientific theories and mathematical methods, aesthetic creations, schemes, rules and methods for performing mental acts, playing games or doing business, and computer programs (as such), and presentation of information. The same exceptions can be found in article 52 of the European Patent Convention (EPC). These exceptions are usually discussed when it comes to computer-implemented innovations such as blockchain. 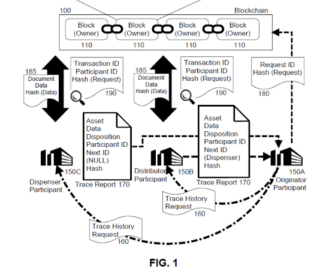 Based on a real French patent case that we have successfully defended for TRACELINK®, we will illustrate how to overcome this technicality hurdle.

The application was initially challenged by the Examiner who considered that the claimed subject-matter was not an invention but rather the computer implementation of an administrative method in the field of economic activities as such. He objected to a lack of technical character by arguing that all steps of the claimed method could be performed by a mental act only.

We managed to overcome this objection by arguing essentially that a blockchain is a technical object. For instance, the claimed method includes interrogating a blockchain using encrypted input identifiers, generating and storing hashed data therein, sending a trace history based on that data. These steps cannot be performed mentally or manually by a human being, for instance by using a pen and paper.

Even though the method for generating history traces may be used in the context of an economic activity such as commercializing goods, it does not make the claimed method fall into the category of economic activities as such. Rather, the method aims at solving a technical problem which consists of ensuring confidentiality of participants and data security, both of which involving some technicality in the present case.

To avoid receiving such objections, we highly recommend adding in the description at filing enough details on how your invention is technically implemented.

Once the technical character has been acquired, it is then required to demonstrate that the invention meets the three patentability requirements which are novelty, inventive step and susceptibility to industrial application, as defined in articles L.611-11, L.611-14 and L.611-15 CPI respectively.

Since the enforcement of the PACT Law in France in May 2020, all French patent applications that have been filed on May 22, 2020 and onwards are examined and can be awarded a patent if they meet not only the novelty requirement but also the inventive step requirement. The same requirement also applies at the EPO according to article 56 EPC.

In France, for any patent application that has been filed before that date, it is still sufficient to demonstrate that the claimed invention is novel without having to defend the inventive step (assuming that the susceptibility of industrial application is usually met).

For inventive step, the INPI Guidelines (p. 97) describe the problem-solution approach that is systematically applied by the Examiners for European patent applications at the European Patent Office (EPO).

As confirmed by the present example, the French Examiners have until now generally applied the “non-invention exclusion” quite loosely for all computer-implemented inventions including those relating to blockchain given that they could not reject a patent application for a lack of inventive step.

It is still a bit early to know how strictly the French Examiners will apply the requirement on inventive step, in particular to block chain inventions but we expect that they will tend to follow the EPO conventional practice, for instance by relying on the solution-problem approach, while releasing some constrains on patent-eligibility as the European examiners do.

In that expectation, we recommend as a precaution to provide in the description sufficient technical details on how the block chain is configured to solve some technical problems, such as reinforcing data security and confidentiality or optimising energy consumption, etc.

The above example shows how important it is to anticipate any objection on lack of technicality for innovations based on block chains by indicating the technical elements used by the invention, so that the claimed subject-matter can be considered as an invention (i.e. patent-eligible).

We recommend that this requirement be thoroughly assessed before filing the patent application to the INPI to reword the claims so as to avoid any non-invention objection that the French examiners may raise, which may be cumbersome to overcome if the description does not indicate any technical elements.

Should you have any questions, please do not hesitate to contact our experts for any of your innovations based on block chain or related to other technologies such as the Internet of Things, Big Data, Artificial Intelligence. Our ICT experts are members of the GEVERS internal CII-Committee who gathers on a monthly basis to share their experience specifically on CII-related issues. 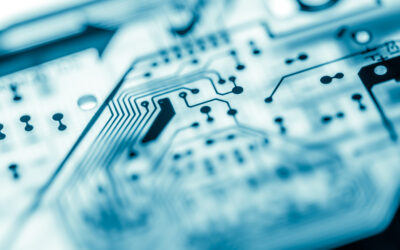 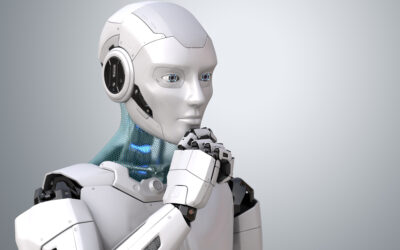